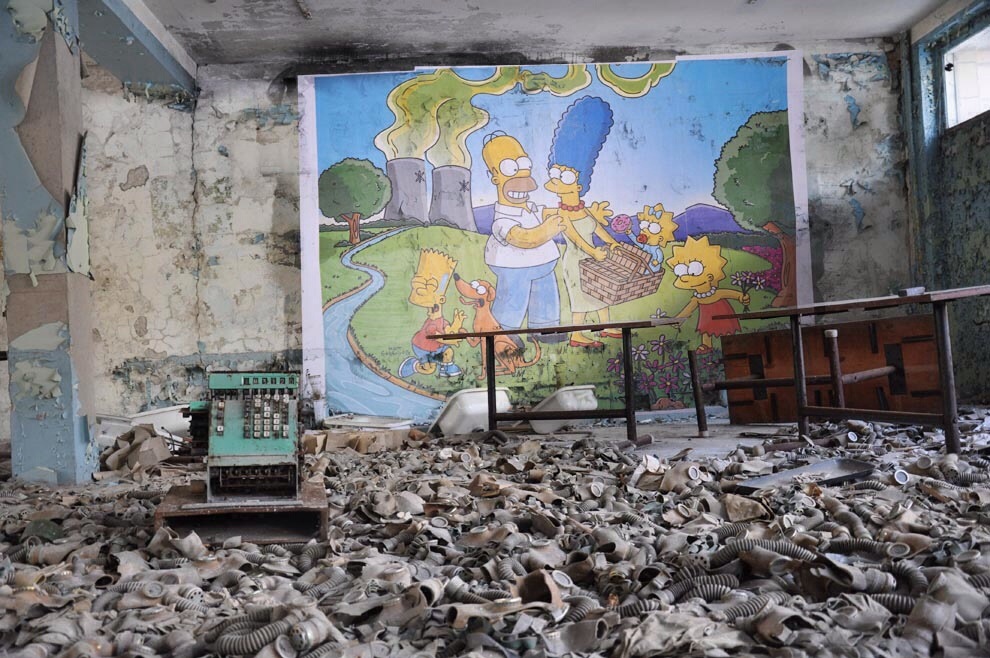 The image is of a reactor core lava formation in the basement of the Chernobyl nuclear plant. It weighed many tons and just 2 metres wide. Approaching it meant certain death, this picture was taken in 1996 when the ‘foot’ was emitting 1/10th of the radiation it once had. 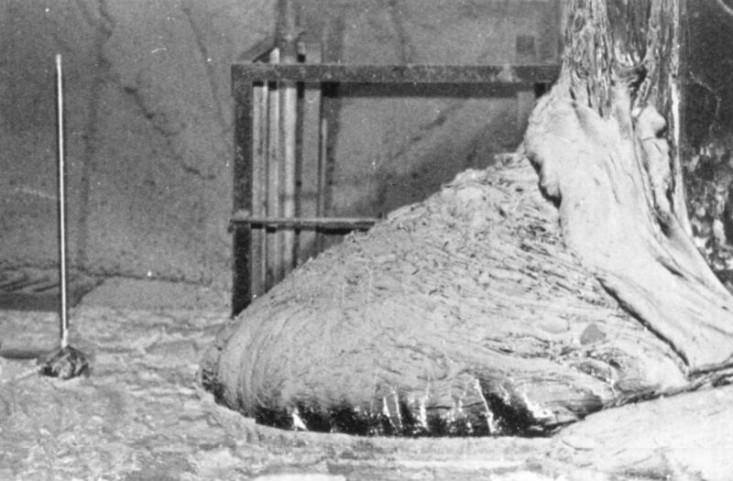